Because the total contract price ($350) is less than the sum of the standalone selling prices ($450), the customer received a discount for purchasing the bundled goods and services. Lacking evidence that the discount only relates to certain of the performance obligations, the discount is allocated proportionately amongst all of the performance obligations, as follows:
Other considerations
Because not all instances of allocating the transaction price to performance obligations are straight-forward, the Codification also provides guidance on how to address the following circumstances:
Step 5. Recognize Revenue when (or as) Performance Obligations are Satisfied
Under the new revenue recognition model, an entity will recognize revenue under Step 5 only upon completion of a performance obligation as identified in the contract. The key to determining when a performance obligation has been satisfied is whether or not the customer has obtained control of the promised good or service. In addition, to allow for proper revenue recognition, consideration needs to be made on whether control was transferred as of a point in time, or over time.
Over time
As provided by Topic 606, the following criteria give rise to recognition over time, if any of the following are met:
If it is determined revenue should be recognized over time, it is necessary to identify how to measure the progress towards fulfilling the performance obligation. Estimation methods utilizing either output or input criteria are acceptable, but the chosen method should appropriately depict the transfer of control of the good or service to the customer. Examples of some commonly used output methods include units produced or milestones reached, while examples of input methods may include costs incurred or labor hours.
Exhibit 2 – Recognition of revenue over time
ABC Company enters into a contract with a customer to build specialized equipment for $100,000. ABC Company has no alternative use for the specialized equipment. In addition, per the contract provisions, the customer may take immediate ownership of the work-in-process in the event the contract is cancelled.
ABC Company would recognize revenue associated with this contract over time (as the equipment is being constructed). This contract meets two criteria for recognition in this manner: a.) the customer controls the asset as it is created and b.) the equipment has no alternative use to ABC Company.  Because recognition will occur over time, ABC Company must select a method to measure progress. In this instance, an input method based on actual costs incurred in relation to total estimated costs would be an appropriate manner to estimate progress. The resulting allocation ratio would be applied to the total contract price of $100,000 to calculate the amount of revenue to be recognized each period until the contract is completed.
At a point in time
If an entity cannot demonstrate one of the above criteria have been met for recognition over time, they need to determine the proper point in time to recognize revenue, when control has been transferred to the customer. As described in the Codification, the following are indicators that control has transferred:
Contracts that were recognized as of a point in time under prior guidance may now require recognition over time, resulting in earlier revenue recognition in many cases.
Other considerations
The standard includes guidance addressing revenue recognition matters associated with:
While the effective date for the new revenue recognition standard becomes effective for non-public entities for years beginning after December 15, 2018 (i.e. 2019 calendar year), it is not too early to begin preparing for proper implementation.
ASU No. 2014-09Audit & AssuranceRevenue Recognition
Audit and Assurance 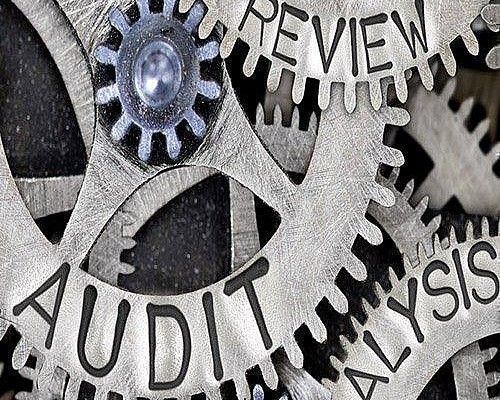 Contact us and we'll do what we can to help.